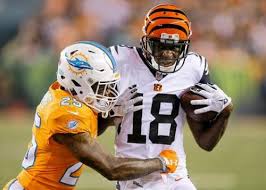 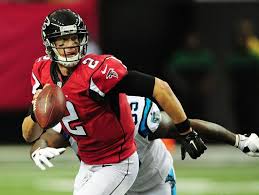 So what have we learned now that we are a quarter of the way through the NFL season?

Now here’s the rest of the week 4 fantasy recap…

Ben Roethlisberger / Antonio Brown – Ben and Brown rebounded well from their blowout loss to the Eagles last week and manhandled the Chiefs.  Ben was an efficient 22/27 for 300 yards and 5 TDs.  Brown (4-64-2 on 5 targets) didn’t have his typical workload, but he made his looks count with 2 TDs.

Derek Carr / Michael Crabtree – Carr is continuing to progress in his 3rd year in the league.  Carr only put up 199 yards passing, but he threw 4 TDs with no Ints and three of them went to Crabtree.  Crabtree (7-88-3 on 12 targets) has been the best WR on the Raiders this year, but I sure am not giving up on Amari Cooper.  If anything, I’m trying to buy low on him.

Brian Hoyer / Eddie Royal – Of course everyone expected this…  Eddie Royal (7-111-1 on 7 targets) led the receivers on this day.  In place of Jay Cutler, Hoyer was 28/36 for 302 yards and 2 TDs.  I like Royal as a waiver wire pickup this week.  Kevin White was placed on IR, the Bears are going to need to throw no matter what, and Alshon Jeffrey is not a poster child of health.

Russell Wilson / Jimmy Graham – There was a Jimmy Graham (6-113-0 on 8 targets) sighting this week, practically his first since becoming a Seahawk.  Wilson was 23/32 for 309 yards and 3 TDs.  If Graham is healthy and they continue to target him in the passing game, he’ll be a TE1.  I need to see a few more games like this to believe.

Le’Veon Bell – Welcome back Bell!  And he paid dividends to his fantasy owners that have waited him out.  Bell (18-144-0 and 5-34 on 6 targets) led the running attack as DeAngelo Williams took more of a reserve role.  Bell’s electric!!!

Terrence West – West (21-113-1) was the lead back in week 4 and performed well.  Justin Forsett was inactive for the game and the team has since cut him.  Kenneth Dixon will be returning from injury and it will be interesting to see how this backfield plays out.  West is a low end option because of lack of job security.  Dixon (and Buck Allen) has a lot of hype, but I don’t think I can trust this backfield until the Ravens find a true lead back.

Jordan Howard – Howard (23-111-0 and 3-21 on 4 targets) seems to have filled the role of injured Jeremy Langford pretty well.  Howard got all the rushing load other than 3 carries to recently signed Joique Bell.

Matt Jones – It was clearly Jones’ backfield in week 4.  Jones (22-117-1 and 2-21) carried the ball 22 times while Chris Thompson and Rob Kelly combined for 4.  I still don’t feel that his job is secure, but it was nice to see Jones have a good day and he keeps the starting gig another day.

John Kuhn – Didn’t expect to see him on the list did ya?!?!?  Kuhn had a whopping 3 carries for 5 yards and 2 catches for 7 yards.  Why is he on this list???  He punched in 2 TDs on the ground and one in the air.  Don’t expect a repeat performance this year, but he could cut into Mark Ingram’s short yardage/goal line work moving forward.

Cam Newton (Concussion) – Cam is questionable with a concussion he suffered on his short yardage TD run.  If he’s not cleared to play, Derek Anderson will be under center.

Carson Palmer (Concussion) – Palmer suffered a concussion and is already ruled out for week 5.  Drew Stanton will start against the 49ers.  I’m benching Larry Fitzgerald in my lineups where possible, but I think Michael Floyd could put up some stats with Stanton this week.

Latavius Murray (Toe) – It’s doubtful that Murray suits up this week.  Look for DeAndre Washington to lead the backfield against San Diego and he’s a decent bye week replacement.

Doug Martin (Hamstring) – It looks like Doug Martin will be held out of action until after the Tampa Bay’s week 6 bye. Charles Sims will carry the load and Jacquizz Rodgers will also chip in.

Rashad Jennings (Thumb) – Jennings is still 50/50 to play this week.  Orleans Darkwa was the lead back last week, but boy did Paul Perkins look good!  It will be interesting to see how this backfield looks in a few weeks, but I’m staying away for now.

Dez Bryant (Knee) – Bryant is expected to miss week 5 and is week-to-week with a hairline fracture.  Cole Beasley, Terrance Williams, and Brice Butler will likely be the WRs for Dallas.

Eric Decker (Shoulder) – Decker is questionable for week 5.  Quincy Enunwa would be the beneficiary if he doesn’t play and is a decent play against a poor Steelers pass defense.

Tyler Eifert (Back) – Just as Eifert was making progress to make his 2016 debut, he came up lame with a back injury at Monday’s practice.  His status for week 5 is up in the air again.  My patience as an Eifert owner is wearing thin!!!

Antonio Gates (Hamstring) – Gates is back at practice and it looks like he has a good shot at playing this week.  TE Hunter Henry will take a hit in his production if Gates returns.

We’re almost a third of the way through our fantasy seasons, but now our team depths will come into play with bye weeks coming in full force.  There are four teams on bye in week 5 (Sea, NO, Jax, and KC) and six teams on bye in week 8.  It’s extremely important to bolster your bench depth before you’re players are off.  It’s great to have speculative picks on your team for those boom or bust players, or backups waiting in the wings, but it’s also important to have some depth with players that actually get playing time.  Look for one week injury replacements if possible, like Orleans Darkwa (12-48-1) this week in place of Rashad Jennings.  And sometimes we have to start a team’s #2 RB in our fantasy lineups due to our injuries and bye weeks.  Here are a few #2’s to consider simply because they get some guaranteed volume: