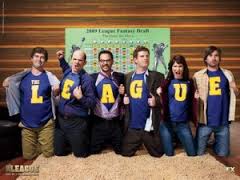 There was a study conducted in the late 1960’s by Stanford professor Walter Mischel, to identify a link between delayed gratification, and future success.  Sixteen boys and girls, aged 3-5 years old were sat in a room and given a choice: you can have 1 marshmallow right now, or 2 marshmallows if you’re willing to wait a short while.  And in glorious, manipulative fashion- these sick bastards left each child in the room with both plates of marshmallows.  Most kids broke and went for the 1 marshmallow.  I would have ate all 3 and asked for 1 more using a very specific finger.

Then these weirdos followed up with the children over the following decades to see what has come of their lives; like some warped Sesame Street meets animal tagging scene.  But here’s where the weirdos win, and the 3rd marshmallow falls slowly from my shocked, adolescent mouth.  There was a direct link between those little shits that waited for the 2 marshmallows and how well they fared later in life.  And not judged by some out there metrics, either.  Very simple: the kids that waited would go on to have more advanced education, jobs with higher incomes, and better health.

Let’s all do Professor Mischel’s sick work justice and not eat the marshmallow this season.

Or, maybe we’ll surprise each other.  Stranger things have happened.