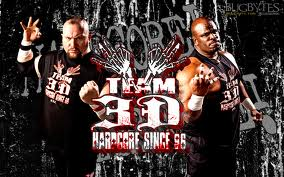 We are only 5 days away from the 2015 Royal Rumble and the rumors from every active internet site that carries a WWE theme will continue to build momentum. The question is which ones are credible and which ones are trash. As I just wrote that last line, I can see many of the notorious thread seekers getting ready to type away with a few mentions of the sites and writers we are all too familiar with. The only thing I can say to that is rumors are rumors and are only credible if documented. Since most information is rarely certified, the best way to sort out the talk is common sense. What makes sense and what doesn’t….?

If you look at the pattern of the last several years, most surprise entrants are usually legends with no allegiance to a current storyline. They are simply there for a cheap pop, make a few eliminations, and then head back to their rocking chair. Sometimes wrestlers make their appearance as a surprise entry as they recover from injury, ala John Cena at MSG in 2008 and possibly Sheamus this year. It is still a shame they brought Daniel Bryan back on an announced show instead of bringing him back as a surprise entrant, especially if the plans are for him to win. It surely worked for Cena that year, and it definitely would have worked for Bryan. I know he doesn’t need the push, but the scene in Philadelphia would have been electric.

As far as this year is concerned, there have been numerous rumors like Sting, Randy Orton (Comeback), Kevin Nash, DDP, RVD, and The Dudley Boyz. Obviously, these are just rumors, not factual information and more names will continue to circulate. The one name out of that bunch that excites me is the Dudley Boyz, but not as surprise entrants in the big match. I would much rather they come back for an electrifying tables match, but with whom? Who could compete with them enough to make it exciting?

The two spent a decent amount of time with TNA having successful tag team careers before they decided to go into a singles run. Ray decided to slim down for a TNA title run and branded the name Bully Ray. In my opinion, this was one of the highlights of his career on his way to becoming a 2-time TNA Campion. Bully Ray mentioned in interviews even as TNA World Champion that if WWE Chairman Vince McMahon wanted to have him back in WWE, he would jump at the chance. Now don’t read too much into that as this is a business and that could have been leverage in order to get a better contract with TNA.

Ray and D-Von have remained in great shape, giving them a perfect opportunity to come back for a short run like the New Age Outlaws did a while back. They could definitely be used in some facet to push the younger tag teams in the ring and help rebuild the division as well. This would be a good way to promote some good old-fashioned table matches against The Authority, which could make for some great TV. Let’s see the “Authoritative Stephanie” slammed through a table as a curtain call for Team 3D.

Will it all happen? Your guess is as good as mine. I just hope they put a little more thought into these entrants instead of just sending wrestlers out for the nostalgia factor. All that will do is lead to a bunch of ridiculous articles about how DDP is going to make one last title run or Diesel is going to be legitimate again. Let’s be sensible people, please! I’d actually prefer for them to include some of the current NXT stars to the match and actually make them relevant, not just an easy elimination.

While a Team 3D return is just a random rumor, I would thoroughly enjoy the excitement if it were to happen. I would enjoy it even better if The Hardy Boyz came back as well and we could witness a totally unexpected tag team match. Now that would be best for business. Are there any other wrestlers you think could make a legitimate impact? What are your thoughts on Team 3D making an impact? Thoughts?

***Come follow my sports site ​www.fantasysportsaddiction.com and all my editorial articles along with many interesting minds at ​eWrestlingnews.

3 thoughts on “Team 3D Bringing the Tables to the Rumble?”