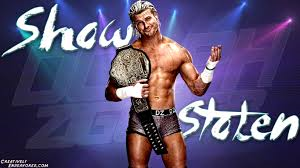 In a recent revelation, it has been said that the WWE is looking to rewrite history by starting a new title reign that will outlast the streak put in motion by C.M. Punk. Is it a coincidence that the WWE would devise a plan to shatter a record held by their former disgruntled employee? I am guessing that this is precisely the ammunition Vince needed to make sure this plan was put into motion.

There is a belief around the Wrestling world that Roman Reigns is the company’s pick to be the new record holder and lead the WWE back to prominence. Roman has come a long way in a short time, but still doesn’t have the charisma and promo skills needed to be a yearlong Champion. He has the in-ring ability and the fan support, but I have feeling that his gimmick could become boring and redundant if pressed upon to remain at the top for a long period of time.

The question is, if not Roman Reigns, who? If it were up to me, the pick would be Dolph Ziggler. Dolph has proved, almost in the same token as Daniel Bryan a year ago, that once you get the backing of the WWE Universe, there’s nothing to stand in your way of climbing that mountain. The chants and cheers consistently erupt every time his name is mentioned. His charisma can be felt by the viewers at home. This guy could be the second coming of HBK. Yes, I said it. HBK.

Dolph was battling some concussion like symptoms for while which forced him off of TV, but now seems to be back in full force. His recent work at Survivor Series and weekly matches against Luke Harper has been catching the praise of the locker room, along with WWE officials. What if this praise excelled him into a bigger spot in this year’s Royal Rumble? What if the WWE finally gave us an unpredictable outcome and pegged him as the last man standing?

If this were to happen, he would go onto Wrestlemania 31 and presumably win the WWE Championship, igniting the Ziggler streak. This would be the streak of remaining Champion for 435 days and showing that he is the new face of the WWE, not Roman Reigns. Based on this assessment, the stable would be pretty strong with Roman Reigns, Dean Ambrose, Daniel Bryan, and Dolph Ziggler jockeying for position on a monthly basis. I think this is a pretty decent array of talent to keep fans interested for the next couple of years. Let’s just hope Dolph doesn’t get buried in mid-card hell battling the likes of the Miz every other Thursday. Now that would certainly be bad for business!

What are your thoughts? Could Dolph be the man?