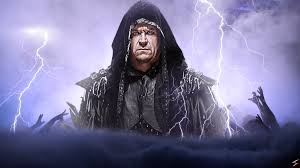 Where has the Undertaker been? Will he ever wrestle again?

Since WrestleMania 30, the Undertaker’s status for WWE WrestleMania 31 has been speculated in every wrestling website and publication all over the world. The image of his face on the advertisement seems to be enough to think it will happen. There seemed to be concern for Undertaker’s health following his first-ever loss at WrestleMania 30 against Brock Lesnar, but it seems like it all has been forgotten.

illustrious streak. The looks and screams from the fans on that day can still be seen and heard from miles away. Ending the Streak wasn’t a popular idea, but it now turn out that Lesnar was destined to be the WWE’s pick for World Champion. He was supposed to be carrying the company for months, but his limited appearances and part time schedule are making followers furious instead of excited.

Many WWE legends think Taker earned the right to retire with his streak intact. Stone Cold Steve Austin was just one of the wrestlers who thought the streak was so special that it should have remained unbroken.

Since WWE’s inclusion of Sting at Survivor Series, there seemed to be some thought to the idea of him wrestling the Undertaker at WrestleMania 31. Sting has since signed a very unique legends

contract where he will only make 6 appearances in a WWE arena. This obviously shows that he never had a real desire to be a wrestler for WWE, but instead was committed to marketing his “Icon” status with the help of a billion dollar company in the late stages of his career.

However, it looks as though plans have changed and now the Deadman’s return may involve trying to silence the devious Bray Wyatt. Bray Wyatt was said to be tweeting some cryptic messages that were thought to be a sign of Sting, but now it looks as though it may have been tied to the Undertaker. If there was a reason to think Bray needed to be pushed over, maybe it could be justified, but he already is a crowd favorite and has many followers.

I personally think the Undertaker should stay somewhat retired and leave the storylines alone. Why start another streak? What does it prove if he comes back and defeats Bray Wyatt? The man has already

accomplished a fantastic resume and has left the WWE universe with an amount of memories to last three lifetimes. I think we get carried away with the nostalgic factor of these ideas, but do not look at the whole picture. The streak was something that was 20+ years in the making and a part of wrestling history. It was talked about all over the world and had many exciting finishes. Unfortunately, every book has an ending and this book was slammed shut by the Brock Lesnar. I think we should leave well enough alone and leave the tale of The Undertaker intact without any attempt of recreation…Thoughts?