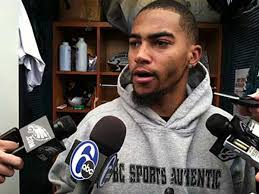 Is the Desean Jackson saga finally coming to an end.? As the weeks have gone on in this situation, we have had more and more National sports Outlets elaborate on this story, which leads me to believe this is real. The Philadelphia Eagles usually do really well at keeping things under wraps, but this time the story has spun out of control.

Jackson signed a $48.5-million contract with $18 million in guarantees in March of 2012. The receiver said he’s proven that he should be paid as a top-shelf receiver. Jackson told Nfl.com in January of this year:

“I’m going into the third year of my deal. Just feel it’s deserving. So we’ll see,” Jackson said. “I feel like I’ve proved everything on the field. To do some of the things that top receivers in this league do, I think like I’m right there at the top. So we’ll see how it goes.”

this is where the wheels began to come off on the Desean Jackson bus.  Jackson’s $9.7 million contract in 2014 puts him seventh in average salary among wide receivers, not extremely pocket change for a charismatic talent.  The wide receiver position is known to contain a “Diva Persona”, something it seems Chip Kelly is not willing to deal with. The news is filled with reports today of Desean being moved way before the draft. Sal Paolantonio, ESPN National Reporter, was quoted as saying, “Desean Jackson’s act is wearing thin with Chip Kelly.”

The question is what will the Eagles receive and who will be able to replace him? Furthermore, if there was any time to replace

a speedster like Jackson, the Eagle have picked the time to do it. National analysts have already said that this is the deepest draft for the Wide Receiver position that the league has seen in years.  Desean led the team last year with 82 catches and 1332 yards. I n my opinion, the move is inevitable, but I cannot see the offense being able to replace his presence in the lineup.