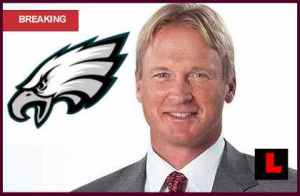 The coaching search continues in the NFL, ans the constituents of Philadelphia continue to mesmerize themselves with the notion that the Eagles are in a motion of confusion. It seems, to the public that is, that the Eagles have been spurned by every, high-profile, coaching candidate on their board. This seems far from the position of excellence, for which Jeff Lurie stated it was at his new conference.  In years past, the Eagles have come out of nowhere, with some exhilarating moves that have the left the media and fan base wondering how they hid it. Who knew they would sign Nnamdi Asomugha? Who knew they would sign Michael Vick? These are the kind of moves the Eagles are famous for and the reason why you never know who they really are targeting in their coaching search

This all leads me to believe there is an underlying element of surprise left for the Eagles this offseason, which became prevalent when Jon Gruden was spotted having coffee in a main line Philadelphia restaurant yesterday. I know there were numerous reports from so-called sources within the organization that said his visit had nothing to do with the team, but that is a standard response to any kind of leaked information not made for public knowledge.

Sometimes as a writer you have to go with a sense of intuition, based on past practice and procedure. The Philadelphia Eagles always were, and always will be a team that holds their hand close to the vest, never letting anyone see their cards. Therefore, I think they are playing this like a professional card poker by weeding out all the bluffs, until they are ready to show they were playing with a Royal Flush the entire time!